The Swiss Federal Tax Authority (FTA) has received requests for mutual administrative assistance from the Israel Tax Authority (ITA) regarding approximately 120 Israeli citizens and 150 related offshore companies. The request is based on the Double Tax Treaty between Switzerland and Israel that entered into force in 2003. The list of targeted individuals and companies was published in official announcements in the Swiss Federal Gazette on 17 February 2021. The list includes the date of birth of individuals, and respectively, the date of incorporation of related companies. It is likely that the request from the ITA includes additional names that were not published to date.

The individuals and entities named in the list are requested to provide the FTA with their Swiss address or to designate a representative in Switzerland. Concerned persons acting through their representative would be given access to the file (including the request and information to be potentially transmitted) and would have the right to participate in the proceedings.

The scope of information to be provided to the ITA depends on the latter’s request. Usually, it includes KYC documents and account statements for the period covered by the request. In contrast to the automatic exchange of information, a request based on a Double Tax Treaty also covers accounts that have already been closed.

Accessing and reviewing the file will allow a concerned person to assess the basis for the Israeli request and whether there are any arguments to oppose or limit the provision of information. Possible grounds to oppose are, among others, the prohibition of fishing expeditions, a breach of the international principle of good faith, or the lack of foreseeable relevance of the information to the issue of Israeli taxation. Concerned persons have a right to appeal to the Swiss courts in order to contest a decision by the Swiss tax authorities to share information with Israel.

Concretely, this means that concerned persons should urgently appoint a lawyer in Switzerland as their representative. The lawyer should contact the FTA to receive communications and gain access to the file. Once appointed, the lawyer will be able to determine what information has been requested by the ITA, and whether there could be grounds to object to such request. The official deadline to appoint a representative has already lapsed but the FTA still accepts applications as the process is ongoing.  The concerned persons, through their lawyer, will then have the opportunity to file observations to the FTA. These observations, which could include objecting to the provision of information, should be filed within a deadline set by the FTA (usually 10-20 days). The FTA will then render a formal decision, which concerned persons may appeal by application to the Swiss Federal Administrative court within 30 days after the FTA’s decision.

If a concerned person does not appoint a Swiss lawyer for service process, the FTA will render its decision and publish it once again in the Official Gazette. Therefore, persons who wish to avoid further publicity and participate in the proceedings are well advised to appoint a Swiss lawyer without further delay.

We recommend that service providers with potentially concerned clients urgently verify if their clients are concerned by the ITA request and consider next steps. 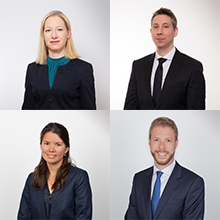 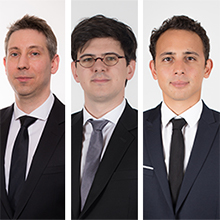 SUCCESSFUL GROUP ACTION AGAINST A SWISS BANK FOR MONEY LAUNDERING 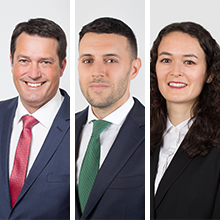 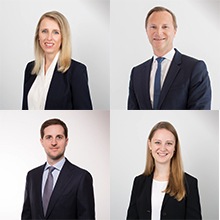 IMPLICATIONS OF BREXIT ON BRITISH INTERESTS IN SWITZERLAND 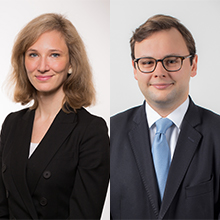 COUP D’ETAT IN MYANMAR – WHAT NEXT FOR FOREIGN INVESTORS?