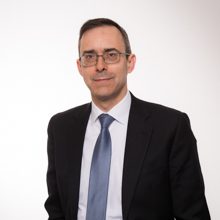 He is a “very strong practitioner” and an “excellent scholar” according to market commentators, who applaud his reputation in international commercial and investment arbitration proceedings.

A source states: "He is terrific and one of the best chairmen I've worked with," adding that he is "very experienced and wise."

Interviewees highlight that Matthias Scherer is "in charge of the case, well informed and responsive."

Matthias Scherer is “top-notch”, say sources, “with a lot of authority”. He receives widespread plaudits for his “huge knowledge of the law and the latest developments”.

Matthias Scherer is well-organized and smart.

Matthias Scherer is described by respondents as “a leading arbitration practitioner, with a specialty in construction disputes”. He is also well versed in advising corporate, public and private clients on a range of other commercial disputes.

Who’s Who Legal, Most Highly Regarded in Arbitration, Switzerland, 2019

Matthias Scherer stands out as “very experienced and sophisticated arbitration counsel” and is also widely known as “an excellent arbitrator.” He acts in major commercial and investment treaty disputes and possesses extensive expertise in commercial contracts.

Matthias Scherer is held in high regard for his skilful representation of clients in commercial and investment treaty arbitrations. He has substantial experience appearing before all major arbitration institutions, including the ICC, ICSID, LCIA and UNCITRAL.

Clients say that Matthias Scherer is "calm, pragmatic and an excellent strategist," while peers in the Swiss market note his ability to handle complex global arbitrations either as arbitrator or as counsel. He often defends European states in high-value investment arbitrations and has further experience in Swiss Rules and ICC arbitrations relating to infrastructure or energy projects.

Chambers Global, Europe-wide, Arbitration (International) and Most In Demand Arbitrators, 2018

Matthias Scherer is “one of the most impressive arbitration lawyers in Switzerland”, and is particularly well regarded for his fantastic disputes work.

“He is extremely knowledgeable and well respected.”

Matthias Scherer is “an impressive practitioner with good knowledge who has perfectly mastered the science of arbitration.”

Who's Who Legal, Switzerland, Arbitration, 2017

Arbitration specialist Matthias Scherer draws significant praise from his peers. One source remarks that he is "an outstanding advocate." He has recent experience acting as arbitrator and as counsel representing both companies and national governments.

Matthias Scherer acts on a wide range of disputes across the energy, construction and infrastructure sectors as counsel and arbitrator. Interviewees admire his "highly-respected practice" and describe him as "an outstanding advocate."

Matthias Scherer “never fails” to deliver “intuitive and insightful” counsel to clients in relation to both domestic and international arbitration proceedings.

"A sharp lawyer with a lot of experience." He plays a leading role in BIT arbitrations relating to energy supply contracts under ICSID and ICC rules.

Lalive is ‘in a league of its own’ regarding international arbitration and the ‘strength in depth of its first-class team is outstanding’. Among its ‘many exceptionally bright lawyers’ is the ‘professional’ Matthias Scherer.

Matthias Scherer delivers “intuitive” counsel to clients who include corporate as well as private parties.

Matthias Scherer is “a superstar” of international disputes arising out of commercial transactions, including construction, joint ventures, M&A and energy arbitrations. According to a number of respondents he is “outstanding in all regards”.

Matthias Scherer is an “undisputed leader” in this field.

Who's Who Legal, Switzerland, Arbitration, 2015

Matthias Scherer is highly regarded for his “top-notch” litigation and arbitration skills, which he puts to good use in energy-related disputes.

Geneva-based Matthias Scherer is described as "a fabulous technician and a walking encyclopaedia," with sources particularly impressed with his knowledge of case law.

Matthias Scherer is hailed as an "extremely bright and switched-on" practitioner. He acts as an arbitration counsel, as well as sitting as an arbitrator, and sources say: "He is an outstanding advocate - impressive, knowledgeable and intelligent."

The “distinguished” Matthias Scherer is recommended for his “tremendous abilities”.

The “incredible” Matthias Scherer is “one of Lalive’s heavyweights”, noted for his arbitration, energy and construction and real estate practice.

The “very bright” Matthias Scherer has acted as counsel in more than 100 arbitration proceedings under various rules and is a “star performer”.

Who's Who Legal, Switzerland, Arbitration, 2014

Matthias Scherer, who frequently represents parties in arbitral matters before the Swiss Supreme Court and is “incredibly impressive all round”.

Matthias Scherer is commended for his energy-related arbitration work and is a “go-to lawyer” for many disputes in the field.

Matthias Scherer is praised for ‘striking a good balance between strength and diplomacy’, as well as for being a ‘great case manager who is never stressed’.

He is admired by interviewees for the hard work and good judgement he provides when acting as arbitration counsel.

‘He's great in cross examination - he easily sees the weak points of his opponents'arguments’.

Matthias Scherer is praised for his ‘vast knowledge' and is a veteran of more than 100 proceedings.

The International Who's Who of Commercial Arbitration, 2014

The ‘incredibly bright' Matthias Scherer has acted as counsel in more than 100 arbitration and ADR proceedings under various rules, and is also regularly appointed as arbitrator.

Who's Who Legal, Switzerland, Arbitration, 2013

Matthias Scherer is a ‘highly regarded' litigator and arbitrator in energy proceedings, having a ‘wealth of experience" in commercial contracts.

Matthias Scherer is a good choice for construction, energy and commercial disputes.

'He is one of the best there is', says an interviewee. 'He gets things moving and is conscientious, firm and fair'.

Top-notch arbitrator and counsel Matthias Scherer is perceived as 'a true international arbitrator'.

Someone 'you can always count on'.

The consequence of skipping a mandatory pre-arbitral step

Use of the PICC in arbitration

In: B. Ehle and D. Baizeau (Eds.), Stories from the Hearing Room: Experience from Arbitral Practice. Essays in Honour of Michael E. Schneider, Wolters Kluwer, 2015, pp. 149-151

Guide to ADR in Construction in Switzerland

Additional works performed with owner’s knowledge but without formal approval

Corruption, Embargos and Sanctions as a Bar to the Enforcement of Contracts in International Arbitration. A Note on the decision of the Swiss Federal Supreme Court 4A_538/2012 dated 17 January 2013

Impact of embargoes on construction contracts - Swiss sanctions against Iran

Enforcement: Swiss courts may dispense with the requirement of a full certified translation of an award under Art. IV(2) of the New York Convention

A primer on pathological arbitration clauses in Swiss law

Failure to submit progress reports not fatal to compensation claim

The Swiss Chambers of Commerce

ICSID Annulment Proceedings Based on Serious Departure from a Fundamental Rule of Procedure, (Article 52(1)(d) of the ICSID Convention)

Owner's liability for ground conditions and duty of care towards contractor

The Limits of the IBA Rules on the Taking of Evidence in International Arbitration: Document Production Based on Contractual or Statutory Rights

Failure of performance tests and contractual grounds for termination

Review of the Swiss Rules of International Arbitration and Commercial Mediation

The IBA Guidelines on Conflicts of Interest in International Arbitration: The first five years 2004–2009

The Swiss Rules of International Arbitration and of Commercial Mediation: Modern tools for the settlement of international disputes

The Swiss chambers of commerce and industry

No extension of arbitration agreement to non-signatory parent company

The use of the UNIDROIT Principles in international arbitration

Anti-suit and anti-arbitration injunctions in international arbitration: A Swiss perspective

New case law from Austria, Switzerland and Germany regarding the IBA Guidelines on Conflicts of Interest in International Arbitration

Contract termination: Rights and obligations of employers and contractors

Owner's Defect Notice and Remedies in Case of Hidden Defects

Notice Requirements in Cases of Hidden and Evolving Defects

The contractor's right to remedy defects

Standing of consortium members in consortium disputes with third parties

Eastern and Central European parties arbitrating in Switzerland: Some considerations for legal practitioners

The contractor's right to remedy defects

New case law on the taking over of a turnkey plant

Acceleration of arbitration proceedings - The Swiss way: The expedited procedure under the Swiss Rules of International Arbitration

The recognition of transnational public policy by courts in arbitral matters

The place or 'seat' of arbitration (possibility and/or sometimes necessity of its transfer?) - Some remarks on the award in ICC arbitration No. 10'623

When should an arbitral tribunal sitting in Switzerland confronted with parallel litigation abroad stay the arbitration?

Management of a Construction Arbitration Case

Europe Institute at the University of Zurich

This website uses cookies to improve your experience while you navigate through the website. Out of these cookies, the cookies that are categorized as necessary are stored on your browser as they are essential for the working of basic functionalities of the website. We also use third-party cookies that help us analyze and understand how you use this website. These cookies will be stored in your browser only with your consent. You also have the option to opt-out of these cookies. But opting out of some of these cookies may have an effect on your browsing experience.
Necessary Toujours activé
Necessary cookies are absolutely essential for the website to function properly. This category only includes cookies that ensures basic functionalities and security features of the website. These cookies do not store any personal information.
Non-necessary
Any cookies that may not be particularly necessary for the website to function and is used specifically to collect user personal data via analytics, ads, other embedded contents are termed as non-necessary cookies. It is mandatory to procure user consent prior to running these cookies on your website.
Enregistrer & accepter