The Partners are delighted to announce the promotion to Counsel of LPG associates Deborah Hondius, Adam El-Hakim and Christian Exner, and APG associates Robert Bradshaw and Kevin Huber, as of 1 January 2023.

Deborah Hondius joined LALIVE in Geneva in 2018. She specialises in litigation in domestic and cross border matters, with particular focus on white collar crime and mutual assistance in criminal matters.

Christian Exner joined LALIVE in Zurich in 2021. He specialises in litigation in domestic and cross border matters, with a particular focus on commercial and banking disputes, recognition and enforcement of foreign judgments and awards, insolvency proceedings, as well as asset protection and recovery.

Christian holds a Master of Laws from Zurich University and an LL.M. from Northwestern University in Chicago. He was admitted to practise in Switzerland (Zurich) in 2011 and the State of Illinois in 2021.

Robert Bradshaw joined LALIVE in London in 2019. He specialises in international commercial and investment arbitration, with a focus on the energy and mining, transport, and technology sectors.

Robert holds a Bachelor of Laws in Law with German from the University of Birmingham, having spent a year studying at the Free University of Berlin, as well as a Master of Laws from BPP University in London. He was admitted to practise in England and Wales in 2016 and holds higher rights of audience before the English courts.

Kevin Huber joined LALIVE in London in 2020. He specialises in international commercial and investment arbitration, with particular experience in the construction, energy, mining, financial services, insurance, and consumer products sectors.

The Partners wish Deborah, Adam, Christian, Robert and Kevin every success in their new roles as Counsel. 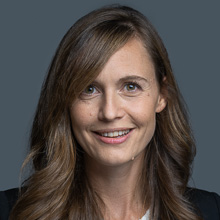 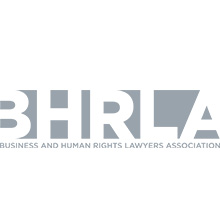 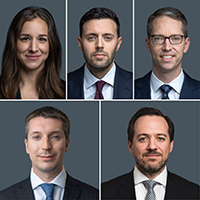