The partners at LALIVE are delighted to announce the promotion of André Brunschweiler to the partnership, as of 1 January 2018.

André Brunschweiler joined the firm in 2010 and specialises in domestic and cross-border litigation, including corporate related disputes, banking litigation, construction disputes, asset recovery and enforcement proceedings. He also has significant experience in corporate and commercial law matters, including international commercial contracts and transactions with an Asian exposure.

André Brunschweiler was one of the first members of LALIVE’s Zurich office and has contributed significantly to the successful development of that office over the years. In 2013/14, André was seconded as Of Counsel to a leading Chinese law firm in Beijing, where he mainly worked on inbound and outbound transactions and continued to develop LALIVE’s Asian practice.

He is an active member of the Inter Pacific Bar Association (IPBA), the IBA Litigation Committee and LawAsia. He regularly speaks at conferences to further promote the firm’s dispute resolution practice.

André Brunschweiler graduated from the University of Zurich and also studied law at the University François Rabelais of Tours (France). He speaks German, English and French.

The firm wishes André Brunschweiler every success in his new role. 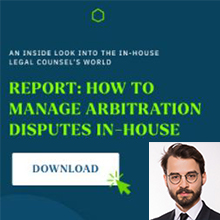 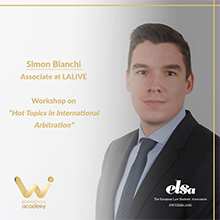