The partners at LALIVE are delighted to announce the promotion of Joachim Knoll and Daniel Lucien Bühr to partners of the firm from 1 January 2015.

Joachim Knoll re-joined LALIVE in Geneva in 2013, after a few years away. Admitted to the bar in New York, Paris and Geneva (as a foreign lawyer), he practices international arbitration as counsel and arbitrator, with a focus on the construction, energy, mining and telecommunications sectors. He is a former member of the Arbitration Court of the Swiss Chambers’ Arbitration Institution, is member of a number of international arbitration associations, and is also head lecturer and member of the Academic Council of the Swiss Arbitration Academy. Joachim Knoll studied law at the Universities of Hamburg and Cologne and holds LL.M. degrees from Boston University and King’s College London, as well as a degree in European law and public international law from the University of Aix-Marseille III.

Daniel Lucien Bühr joined LALIVE in Zurich in 2011, after having held different positions in-house including that of Regional Counsel for a Swiss multinational. Admitted to the bar in Switzerland, he specialises in regulatory and competition law, including internal investigations, and is also known for his expertise in corporate governance and best practices in legal and compliance management. He currently plays a pivotal role as member of the Technical Committee on Compliance Management Systems of the International Organization for Standardization (ISO) and recently co-founded “Ethics and Compliance Switzerland”. Daniel Lucien Bühr holds a PhD, summa cum laude, from the University of Berne Institute for Swiss and Foreign Civil Procedure Law and MBA degrees from Columbia University and the London Business School. He initially graduated from the University of Berne.

LALIVE now comprises 18 partners, 8 counsel and over 40 associates in Zurich and Geneva, covering all aspects of commercial law and dispute resolution. 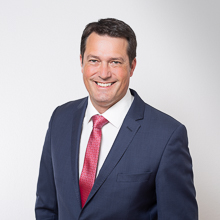