LALIVE is delighted to announce the promotion of Jaime Gallego and Catherine Anne Kunz to the partnership on 1 January 2020.

Jaime Gallego is dual-qualified in England and Wales and Spain. He joined the firm in 2009 and specialises in international commercial arbitration and investment treaty arbitration. He has represented parties in more than twenty-five arbitrations in a variety of industries, including energy (including oil & gas), mining, telecommunications, arms, real estate, transport and construction.

He is President of the Swiss Chapter of the Club Español de Arbitraje (CEA) and a member of the executive committee of the Section of Lawyers from Foreign Bars of the Geneva Bar Association. Over the past years, he has contributed significantly to the development of the firm’s practice, in particular in Latin America.

Jaime Gallego holds a LL.M. in International Dispute Resolution (with honours) from University College London as well as a Degree in Law and a Master in Tax Law, both from ESADE, in Spain. He speaks English, Spanish and French.

LALIVE co-chair of the arbitration practice group Veijo Heiskanen praises Jaime Gallego, saying he is a “key member of the firm’s international arbitration practice, and has been instrumental in developing the firm’s Latin American practice.” He adds: “Jaime is an incredibly thorough lawyer who excels at fact-finding and oral advocacy. His cross-examination skills are outstanding. We are delighted to welcome him to the partnership.”

Catherine Anne Kunz is dual-qualified in Switzerland and in England and Wales. She joined the firm in 2010 and re-joined in early 2016, after working at the international arbitration group of a leading US firm in London in 2014-15. She has acted as counsel or arbitrator in numerous international commercial arbitrations under all major rules of arbitration and also has experience in commercial mediation. She specialises in particular in the energy, technology, telecommunications and engineering sectors.

She is a co-chair of the Swiss Arbitration Association’s below 40 group (ASA below 40), an immediate past regional representative (Europe) for the young practitioners’ group of the London Court of International Arbitration (YIAG) and is on the board of the Women’s Business Society (WBS), a Swiss-based organisation. She is also a member of the editorial board of the ASA Bulletin.

Catherine Anne Kunz graduated from the University of Fribourg (Bilingual French-German Master of Law) and holds a Certificate in International Business Transactions with Chinese Characteristics from the Cornell-Bucerius Summer Law Institute in Suzhou, China. She speaks English, French and German.

Matthias Scherer, co-chair of the firm’s arbitration group highlights “Catherine is an extraordinary advocate who combines excellent client management skills with fantastic judgement. As a dual Swiss and UK qualified lawyer, she has an interesting, versatile profile to act in international commercial arbitrations. We are delighted to count her among our partners.”

LALIVE’s partnership is currently composed of 20 partners. These appointments reinforce the firm’s arbitration practice, which continues to grow across its offices in Geneva, Zurich and London, with 44 full time arbitration practitioners.

The firm wishes Jaime Gallego and Catherine Anne Kunz every success in their new roles. 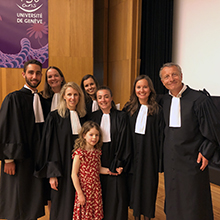 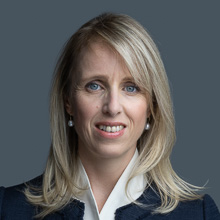 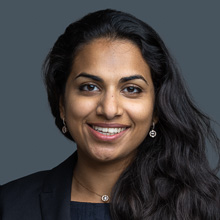