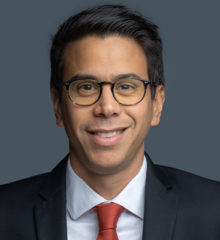 Luis Miguel Velarde Saffer joined LALIVE in 2022 and specialises in international arbitration, including investor-State and commercial arbitration, with a particular focus on Latin America and Spain.

Mr. Velarde has been Professor of Contract Law at various universities in Peru, and has published a book titled “Contracts: Theory and Practice. A Comparative Perspective” (2015). He is a founding member of Latin American Arbitration Practitioners – EU (LATAP), and the Latin American Representative of the Asia Pacific Forum for International Arbitration (AFIA).

Mr. Velarde holds a Degree in Law from the Pontificia Universidad Catolica del Peru (2009), and an LL.M. from Harvard Law School (2013).

The impact of Blockchain on International Arbitration: Present and Future Uses of this Revolutionary Technology

Lessons from the Deathbed of the Trans-Pacific Partnership (TPP): Are Recent Critiques of the Investor-State Dispute Settlement (ISDS) System Warranted?

The Journal of the Dispute Resolution Section of the IBA · May 1, 2017

The extension of the arbitral agreement to non-signatories in Europe: a uniform approach?

ISDS in the TPP: Is The Recent Uproar In The US Merited? – Part II

ISDS in the TPP: Is The Recent Uproar In The US Merited? – Part I

Judicial Review of Investor Arbitration Awards: Proposals to Navigate the Twilight Zone between Jurisdiction and Admissibility

BG Group v. Argentina: Would ICSID Arbitration Have Been Different?