Following Iran’s military offensive against U.S. bases in Iraq, and pursuant to U.S. President Donald Trump’s Executive Order 13902 “Imposing Sanctions With Respect to Additional Sectors of Iran” (the “Executive Order”) of January 10, 2020, the U.S. Department of the Treasury’s (the “Treasury”) Office of Foreign Assets Control (“OFAC”) authorized sanctions on entities or individuals engaging in the mining, construction, manufacturing or textiles sectors of Iran’s economy. The Treasury announced that the Executive Order “targets additional sources of revenue used by the Iranian regime to fund and support its nuclear program, missile development, terrorism and terrorist proxy networks” (press release available here: https://home.treasury.gov/news/press-releases/sm870).

Under the Executive Order, OFAC may automatically add entities or individuals to the Specially Designated Nationals (“SDNs”) list on condition that they operate or have knowingly participated in the mining, construction, manufacturing, or textiles sectors of the Iranian economy (or any other sector as may be decided by the Treasury). OFAC may also impose sanctions on non-U.S. financial institutions which have knowingly participated in or facilitated any significant financial transaction pertaining to such sectors.

Applicability of the Executive Order

All property and interests in property of a sanctions target pursuant to the Executive Order which are in the U.S. or in the control or possession of “U.S. persons” ought to be blocked and reported to OFAC. The term “U.S. persons” includes (i) any U.S. citizen or green card holder whether located in the U.S. or any other country; (ii) any U.S. registered entity; (iii) any individual – including non-U.S. citizens – while in the U.S.; and (iv) any individual employed by a U.S. entity (collectively referred to as “U.S. Persons” and individually as a “U.S. Person”).

Entities or individuals involved in transactions that may be sanctioned under the Executive Order have a 90-day period to wind down such transactions to avoid being sanctionable – the winding-down period expires on April 9, 2020.

Likely Swiss Side Effects and Recommendations

The Executive Order makes non-U.S. financial institutions and non-U.S. Persons more vulnerable to sanctions when dealing in activities related to Iran’s construction, mining, manufacturing, and textile industry. It further becomes apparent that OFAC sanctions increasingly (i) allow for extraterritorial jurisdiction; (ii) include substantial fines imposed by multiple enforcement authorities and U.S. regulators; (iii) provide for enforcement against entities or individuals that “should have known” of the sanctions violation; and (iv) emphasize the need for companies to maintain an effective due diligence system in order to ensure transactions do not involve prohibited activities.

Drawing from the experience under the U.S. Sanctions of April 6, 2018 against Russian oligarchs, it is likely that Swiss bank accounts related to the new sanctions targets under the Executive Order could be frozen and disputes could arise where contractual obligations under Swiss contract law are disregarded on the basis of purportedly prevailing interests of Swiss banks in consideration of the possible consequences of secondary sanctions violations. In recent decisions, Swiss Courts have granted preliminary relief to clients of frozen Swiss bank accounts reasoning – in the absence of prevailing interests of the concerned banks – that for foreign sanctions provisions to become part of Swiss public policy, such provisions must be subsequently incorporated into Swiss law (Swiss Federal Supreme Court, 4A_455/2016, 20 November 2017).

Under Swiss law, contracts entered into in breach of international sanctions which have been transposed into Swiss law are illegal and ipso iure null and void (Article 20 of the Swiss Code of Obligations). A contract entered into before the issuance of the relevant sanction may not be regarded as null and void, although its performance may be deemed impossible. Contractual instruments, such as sanctions clauses, representations and warranties, force majeure and choice of law clauses, should therefore be incorporated into international agreements to outline the legal consequences and the allocation of risk of sanctions.

Should parties decide that a contract be governed by Swiss law and that any dispute or claim arising out of such contract should be resolved by arbitration, arbitral tribunals will give effect to the sanction provisions which have been transposed to Swiss law. Still, even where sanctions have not been incorporated into Swiss law, arbitrators may consider them in their assessment of the personal culpability of a non-performing party.

A different perspective on trade with Iran is provided by the recently approved but not yet implemented Swiss Humanitarian Trade Arrangement (“SHTA”), a payment system to facilitate the delivery of humanitarian goods to Iran. On 27 January, an initial payment for the shipment of medicines to Iran was approved in the form of a trial run, which was successfully completed. The goal of the SHTA is to guarantee that Swiss companies active in the medical, pharmaceutical and food industries are offered protected banking channels through which payments regarding their exports to Iran can safely be processed. Swiss banks and companies taking part in the SHTA will have to provide the Swiss State Secretariat for Economic Affairs (“SECO”) with detailed information concerning their dealings and partners in Iran as well as on the transactions entered into. SECO will in turn validate the information received and, with the U.S. Treasury’s support, verify that the adequate level of due diligence has been applied to such transactions. The SHTA is an important new instrument for companies engaged in fair and unquestionable business with Iran. 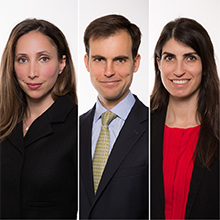 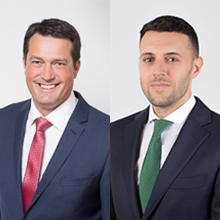 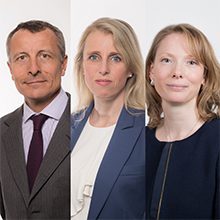 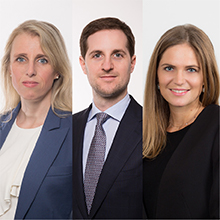 SWITZERLAND: UPDATE ON SWISS GOVERNMENT MEASURES FOR DEBTORS AND CREDITORS IN CASE OF FINANCIAL DISTRESS RESULTING FROM COVID-19