Benoît Mauron joined LALIVE in 2015 and practises in litigation, representing clients in both civil and criminal Swiss proceedings, with a focus on domestic and cross border commercial disputes and fraud litigation, including asset recovery. He is a member of the founding committee of FIRE Starters, a platform for fraud, insolvency, recovery and enforcement practitioners and frequently represents the firm as a speaker on these topics.

Benoît holds an LLM degree from Columbia Law School and a Master in Swiss Law from the University of Lausanne. He is admitted to practise in Switzerland (2012) and in New York (2019).

Sam holds a Master in International Law from the Graduate Institute of International and Development Studies in Geneva. He also holds joint common and civil law degrees (BCL/LLB (Honours), with great distinction) from McGill University. Sam was admitted to practise law in New York in 2009.

Juliette Asso joined LALIVE in Geneva in 2013. She specialises in international commercial arbitration, with a focus on complex disputes involving major infrastructure and construction projects in the energy, transportation, and telecom sectors.

Laura Azaria joined LALIVE in Geneva in 2014 and also specialises in international commercial arbitration. She has extensive experience in contract disputes, with emphasis on infrastructure and construction projects, sales, distribution, M&A, joint venture and shareholders agreements. She also represents parties in arbitration-related court proceedings, including before the Swiss Federal Supreme Court.

Laura holds an LLM from Columbia Law School (Harlan Fiske Stone Scholar Honours) and a Master of Economic Law and a Certificate of Advanced Studies in Legal Professions from the University of Geneva. She was admitted to practise in Switzerland (Geneva bar) in 2012.

Simon Quedens joined LALIVE in Geneva in 2015. His main areas of practice are corporate and commercial law, banking and finance, and litigation, with a focus on commercial, financial and corporate disputes, and white-collar crime.

Simon holds an LLM in Finance from the Institute for Law and Finance (Goethe-Universität, Frankfurt am Main) and graduated from the University of Fribourg (Switzerland) with a Master of Laws and a Bachelor of Laws. He was admitted to practise in Switzerland (Geneva bar) in 2011.

The Partners welcome Benoît and Sam to the partnership and wish them, as well as Juliette, Laura, Marion and Simon, every success in their new roles. 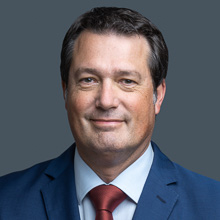 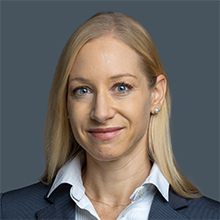 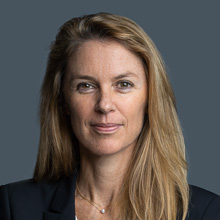