Introduction Estimated at $67.4 billion, (1) the art market has become a global playing field for ultra-high-net-worth and high-net-worth individuals to invest their assets. Yet, lack of harmonisation of national legislations on the protection of cultural property may hamper collectors’ pleasure in moving their art around the world.

In a recent decision, the Swiss Supreme Court clarified the requirements to be met by countries of origin when requesting the return of artworks allegedly illicitly exported by their legitimate owners, thus absent any issues of ownership. (2)

In February 2015 an Italian prosecutor filed a request for mutual legal assistance in criminal matters before the Swiss authorities in Ticino based on an allegedly illegal export by the legitimate Italian owner of a painting dating from the 16th century, the Portrait of Isabella d’Este, once attributed to Leonardo da Vinci. Despite recent efforts to ease export rules for post-war works, Italy still has a strict regulation for the export of goods of cultural interest. Specifically, Italian law provides that artworks created more than 70 years ago by a deceased artist require an export licence from the Italian authorities in order to be exported.

On the Italian authorities’ request, the painting was seized by the Swiss police. The Italian courts subsequently found the owner guilty of exporting cultural heritage illegally – namely, by failing to acquire the necessary export licence before export – and ordered the painting to be confiscated. This ruling became definitive in 2018 and the Swiss authorities then issued an order to return the painting to Italy. The owner appealed the decision, which the Federal Criminal Court rejected, confirming the return of the painting to Italy. In a surprising but technically reasoned decision, the Supreme Court overturned this decision in a landmark ruling.

The Supreme Court addressed an issue of principle and examined whether, in the absence of a bilateral agreement between both states, Switzerland could return a cultural property that had not been stolen but had been exported illegally from one contracting state of the UNESCO Convention (3) to the country of origin based on a final foreign (ie, Italian) decision of confiscation.

The court first stressed that in the context of mutual legal assistance in criminal matters, coercive measures are granted only where, on a prima facie basis, the facts on which the letter rogatory relies are punishable under the laws of both states (the so-called ‘principle of double criminal liability’). Accordingly, the court examined if, under the same circumstances, the exportation of the painting from Switzerland would have been considered as illegal under Swiss law.

The court first recalled that the UNESCO Convention is not directly applicable unless it is implemented into domestic legislation, which Switzerland did by adopting the Federal Law on the International Transfer of Cultural Property (FLTCP). The court also examined the agreement between Switzerland and Italy on the import and return of cultural property of 20 October 2006; however, this applies to frescoes dating between 700BC and 1500AD, not to paintings dating from the 16th century. Accordingly, this bilateral agreement could not be considered as a basis to establish the principle of double criminal liability and this condition should be examined in light of Swiss domestic law (ie, the FLTCP).

Provided the offence does not fall under a provision providing for a more severe penalty, is punishable by imprisonment for a maximum of one year or a fine of up to 100,000 francs anyone who intentionally:

In case of a breach of the FLTCP, mutual legal assistance should in principle be granted to foreign states requesting it. This was the position of the Federal Criminal Court, the Federal Office of Justice and the Federal Office of Culture. However, the Supreme Court held that according to the clear and unambiguous intention of the legislature, the export of cultural property is illegal only when the painting is listed in a federal inventory, as foreseen by Article 3 of the FLTCP (Article 24(1)(d) of the FLTCP). The federal inventory lists cultural property belonging to the Swiss government and of significant importance to cultural heritage (Article 3(1) of the FLTPCP). Accordingly, the Supreme Court considered that the decisive point to establish was whether the double criminal liability requirement was met and whether the painting was listed in an Italian inventory (the question of nationality being disregarded in the review of double criminal liability). However, the painting was neither owned by the Italian government nor listed in an Italian inventory.

Absent any other applicable bilateral agreement including paintings dating from the 16th century and pursuant to Article 24(1)(c) of the FLTCP, the court also reasoned that the litigious act was not subject to any international provision that limits its import in Switzerland and could therefore not be considered as illegal. In the present case, the decision of confiscation issued by the Italian authorities was based solely on Italian law and, in line with the principle of territoriality, the Supreme Court noted that no state should be held to apply foreign public law on its own territory.

Against this background, the Supreme Court concluded that the double criminal liability requirements were not met and mutual legal assistance could therefore not be granted, all the more so for the return of the painting.

This decision highlights the contrasting difference in legislation between states that tend to export cultural property (eg, Italy, which has a rich cultural heritage and therefore follows a protectionist approach) and states that tend to import cultural property (eg, Switzerland, which follows a more liberal approach). It serves as a useful lesson to guide future requests when invoking mutual legal assistance and may encourage states to strengthen and develop not only their domestic legislation, but also their cooperation with other states via bilateral or multilateral agreements. It is also a good reminder for collectors to carefully transfer their collection and valuable art investments across borders.

For further information on this topic please contact Sandrine Giroud or Tatiana Jullier at LALIVE by telephone (+41 58 105 2000) or email (sgiroud@lalive.law or tjullier@lalive.law ). The LALIVE website can be accessed at www.lalive.law.

(3) UNESCO Convention on the Means of Prohibiting and Preventing the Illicit Import, Export and Transfer of Ownership of Cultural Property 1970. 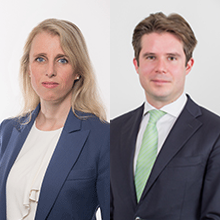 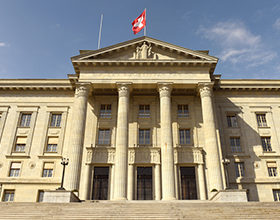 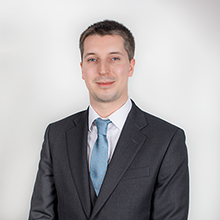 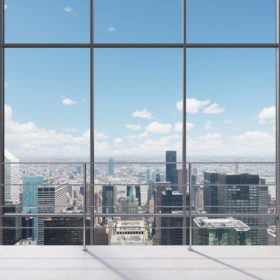