Blog > Swiss Blocking Statute: update on do’s and don’ts under the threat of criminal sanctions

Deposing witnesses, serving parties, or gathering evidence in Switzerland in support of foreign proceedings must all comply with the so-called “Swiss Blocking Statute” which aims to protect Swiss sovereignty over national soil for acts of public authority in particular by preventing the potential circumvention of applicable rules on international judicial assistance in criminal, administrative or civil matters.

Embedded in Art. 271 of the Swiss Criminal Code (SCrC),[1] the Swiss Blocking Statute provides for a criminal sanction in case of a breach thereof. Under this provision, it is an offence to carry out (i) an act reserved to a public authority performed in favour of a foreign State, (ii) on Swiss territory, (iii) without legal entitlement and/or ad hoc authorisation from the Federal Department of Justice and Police (FDJP) and (iv) with a wilful intent to act. Acts falling within the public authority include typically service or taking of evidence in support of foreign proceedings.

As a political offence, Art. 271(1) SCrC is prosecuted ex officio by the Office of the Attorney General of Switzerland (OAG) upon prior authorisation by the Swiss Federal Government (Art. 66 of the Swiss Act on the Organization of the Federal Criminal Authorities).

This assumption has however been proven false by recent cases which led to prosecution and resulted in lengthy and costly proceedings before the Swiss Federal Supreme Court.

The most relevant case is that of the CEO of Swisspartners, a Zurich company, who was convicted by the OAG for an offence under Art. 271(1) SCrC and sentenced to a conditional monetary penalty of 160 days of CHF 1’650 each (i.e. CHF 264’000) and a probation period of two years for having allegedly self-reported 109 “US-Tax subjects” clients to the US Department of Justice in view of obtaining a Non Prosecution Agreement for Swisspartners. He objected against the penal ordinance and the case was brought before the Swiss Federal Criminal Court (FCC). By decision of 9 May 2018,[3] the FCC acquitted him, finding that when acting, he had relied on two legal opinions provided by a law professor as well as a Swiss law firm stating that providing data to the DOJ should not necessarily trigger the application of the Swiss Blocking Statute, noting however that this was a grey area and arguments for the applicability of Art. 271(1) SCrC to the case at hand could not be excluded so that a residual risk of breach remained. The FCC therefore held that the CEO did not have the intent to commit a criminal offence.

Recent OAG statistics have also shown that prosecution for violations of the Swiss Blocking Statute is a concrete risk. Between 2014 and 2018, the OAG opened twelve criminal proceedings for breach of Art. 271(1) SCrC, which resulted to date in the issuance of:

These decisions, as well as the Swisspartners’ case show that Swiss criminal prosecution authorities do not take breaches of the Swiss Blocking Statute lightly. Sanctions for breach of the Swiss blocking statute are therefore not theoretical and caution is recommended, in particular where a company or an individual located in Switzerland is required to participate in civil proceedings abroad involving coercive measures and/or the collection of evidence which is not directly and immediately available to the concerned party.

As a precaution, it is advisable to request an ad hoc formal authorisation from the FDJP, as provided for in Art. 31 of the Ordinance on the Organization of Swiss Government and Administration (OOSGA), before taking any step which may result in a breach of the Swiss Blocking Statute. Said procedures are usually handled promptly by the FDJP and a decision can be obtained in a few weeks in some cases. Recent case law shows in fact that the FDJP rejected multiple authorisation requests on the grounds that the contemplated acts did not fall within the scope of the Swiss Blocking Statute,[5] thus excluding any risk of criminal sanction for the parties involved.

In conclusion, it is better to be safe than sorry. As shown by recent case law, risks of breach of the Swiss Blocking Statute are not taken lightly by Swiss authorities and should be assessed carefully to avoid criminal sanctions. 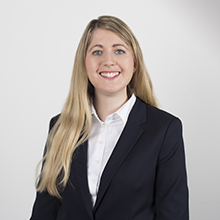 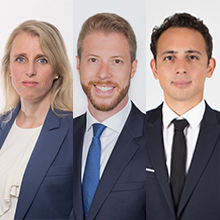 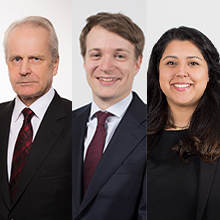 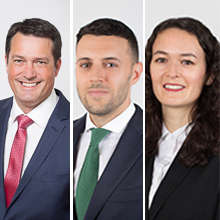